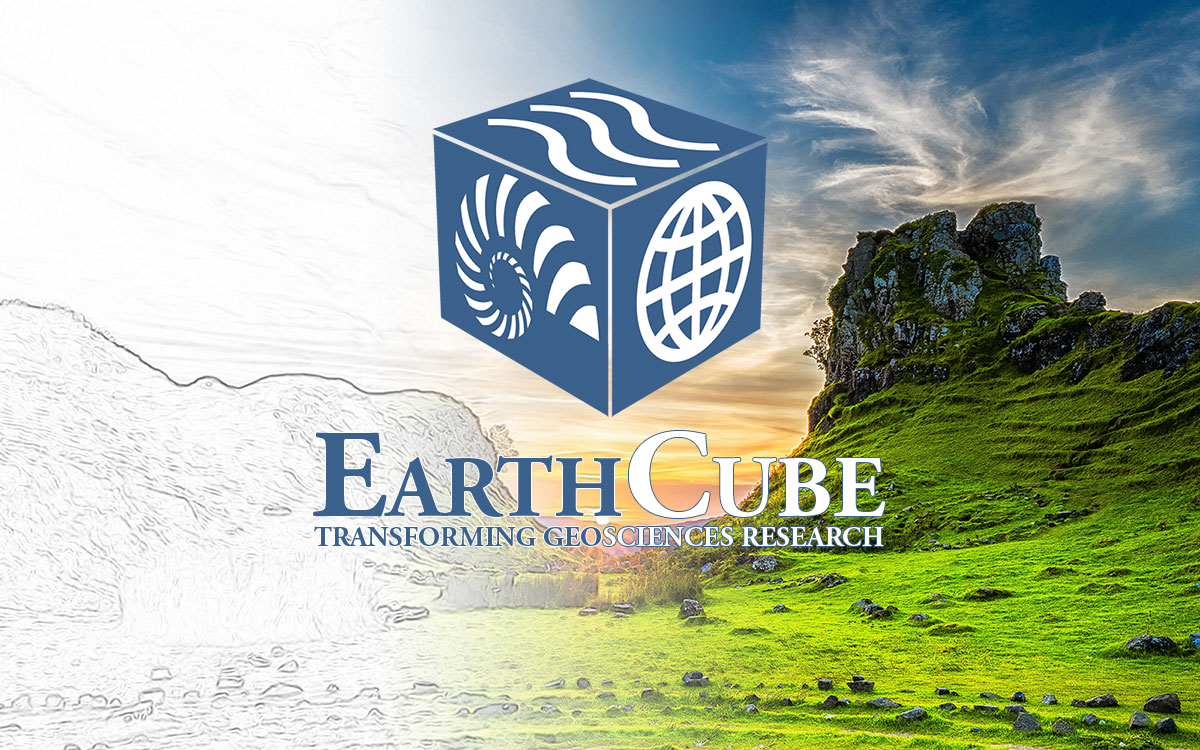 3 Sep 2019 San Diego - The National Science Foundation (NSF) has awarded the San Diego Supercomputer Center (SDSC) at UC San Diego and its partners a three-year, $5,9 million grant to host the EarthCube Office as part of the ongoing NSF-funded EarthCube programme, aimed at transforming geoscience research by creating an advanced cyberinfrastructure to further access, sharing, visualization, and analysis of geosciences data and resources.

"EarthCube has accomplished so much for the geosciences in the past seven years", stated Eva Zanzerkia, Programme Director at the National Science Foundation. "With the new EarthCube Office led by SDSC promoting a strong collaboration between geoscientists and computer scientists, EarthCube will continue to improve data discovery and access for geoscientists. This will help us reach EarthCube's goal to advance the forefront of geosciences research."

SDSC will serve as the lead institution for the grant, with Christine Kirkpatrick, director of SDSC's Research Data Services division, as the Principal Investigator for the new initiative.

"The EarthCube Office, or ECO, will build on the foundational work accomplished by the previous offices while expanding EarthCube's reach across geosciences disciplines", stated Christine Kirkpatrick. "Our team is proud to be part of this initiative that NSF has nurtured, whose important outgrowths include the Council on Data Facilities (CDF) and GeoCODES. We will develop outreach and education activities for researchers interested in acquiring the skills needed to ensure their data practices are Findable, Accessible, Interoperable, Reusable (FAIR) and beyond."

"Our team looks forward to working with the geosciences community to deliver programmatic support and resources that are responsive to community needs. We will support EarthCube's tradition of strong, community governance, clear strategic priorities, and ensure the office is outcome and action-oriented", noted Christine Kirkpatrick.

Earlier this year, SDSC announced that its Data Initiatives group in Research Data Services would host the first GO FAIR office in the U.S. as part of the division's role in the U.S. National Data Service (NDS) initiative. The Data Initiatives team is also part of the NSF's Regional Big Data Innovation Hubs for the west, co-hosted with UC Berkeley and University of Washington, and now in its fourth year.

Co-PIs for the new EarthCube Office award include Catherine Constable, Distinguished Professor of Geophysics at the Scripps Institution of Oceanography; Erin Robinson, executive director of the Federation for Earth Science Information Partners (ESIP); and Kenton McHenry, a principal research scientist and Deputy Director of the Scientific Software & Applications Division at the National Center for Supercomputing Applications (NCSA) at the University of Illinois Urbana Champaign. Co-PI Rebecca Koskela, previously executive director of the NSF-funded Data Observation Network for Earth (DataONE) and a member of the EarthCube Leadership Council, will be the EarthCube Office's first executive director.

"Increasing development and access to technology innovations, and nurturing a community of technically-savvy and engaged geoscientists will build capacity in the geoscience research ecosystem", stated Catherine Constable, former co-chair of EarthCube's external advisory group. "This includes 'bridging' efforts to facilitate opportunities for scientists who might not otherwise interact with EarthCube."

The EarthCube initiative started in 2011 to encourage geoscience researchers and technologists to work collaboratively to harness the data revolution. ECO will be responsible for supporting EarthCube's core organisational units and governance including the Leadership Council, Technology & Architecture Committee, Science Committee, Council of Data Facilities, and others as described in the Charter.

ECO will also facilitate the development and sharing of resources, help coordinate collaborations on high-impact interdisciplinary projects, and collect relevant cyberinfrastructure and tools in the GeoCODES Registry while raising awareness and exposure to this and other resources. ECO is working with the current office on the transition, with ECO slated to officially open October 1, 2019.
Source: San Diego Supercomputer Center - SDSC

Videos of presentations of the HPC, Big Data, and Data Science devroom at Fosdem 2020 online   Focus on Europe